Simple Word in Other Languages Can Mean Different

For example, “water” in English is generally translated as “水(mizu)” in Japanese, but “water” and “mizu” don’t have exactly the same meaning.

Depends on the language, range of the word meaning or classification of the word are different. 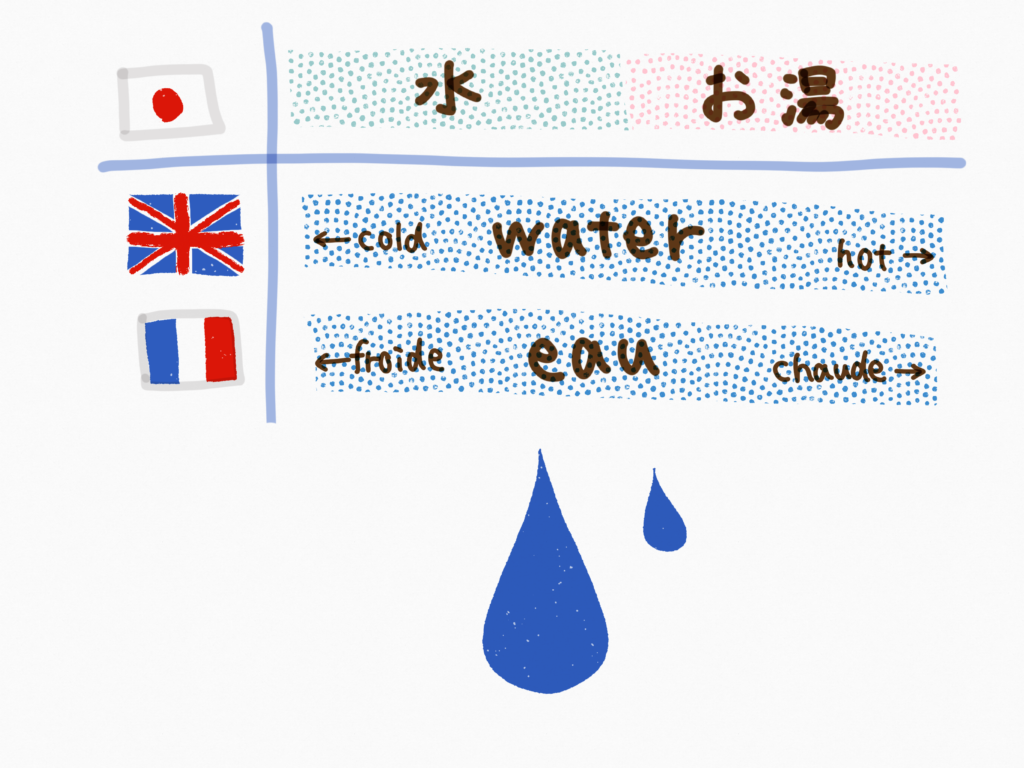 “water” in English and in French is defined as a liquid without color, smell or taste. There is no definition by the temperature.

There are cold water, warm water, hot water, and boiled water, but as long as they are liquid, all of them are regarded as water in different temperatures.

However, Japanese word, 水(mizu) which is generally translated as water, always need to be cold or room temperature. When water is hot, they use totally different word, お湯(oyu) which means hot water. 熱い(atsui) means hot in Japanese, but they never say 熱い水(atsui mizu).

If you don’t know the temperature of the water, you cannot translated it to Japanese correctly. 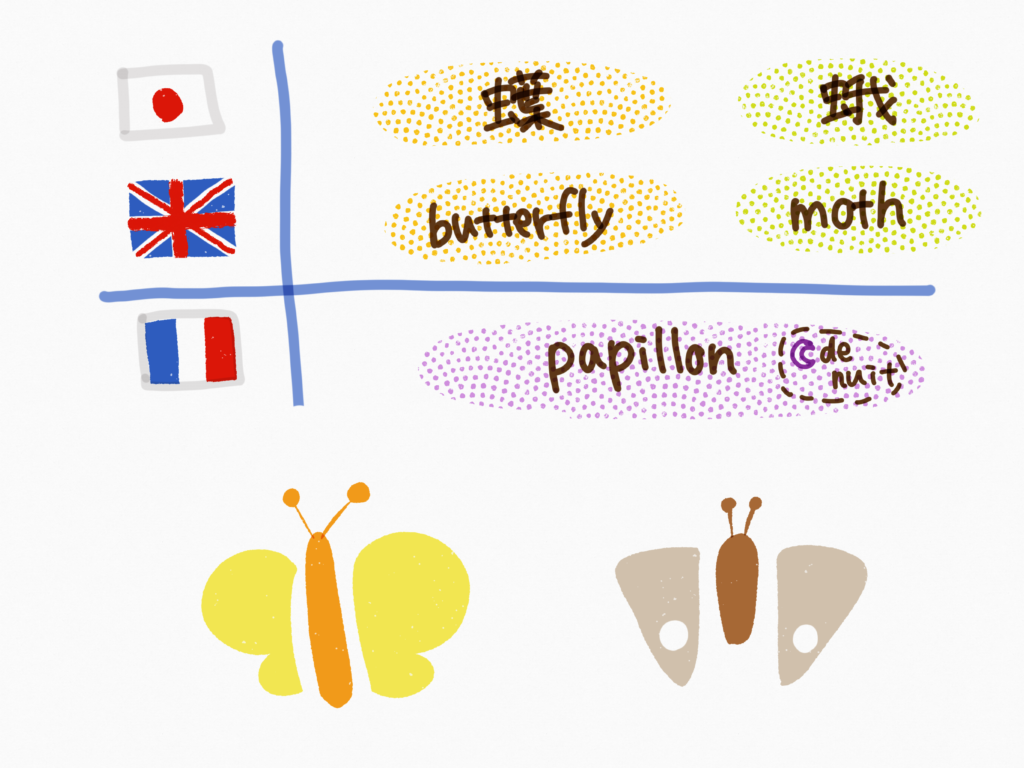 Butterfly and moth are regarded as two different type of insects in English and Japanese. However, they are not distinguished in French.

There is a word, papillon de nuit, means night butterfly in French, but this word is used only when they emphasise it.

Normally French people think that the moth is one type of butterfly. 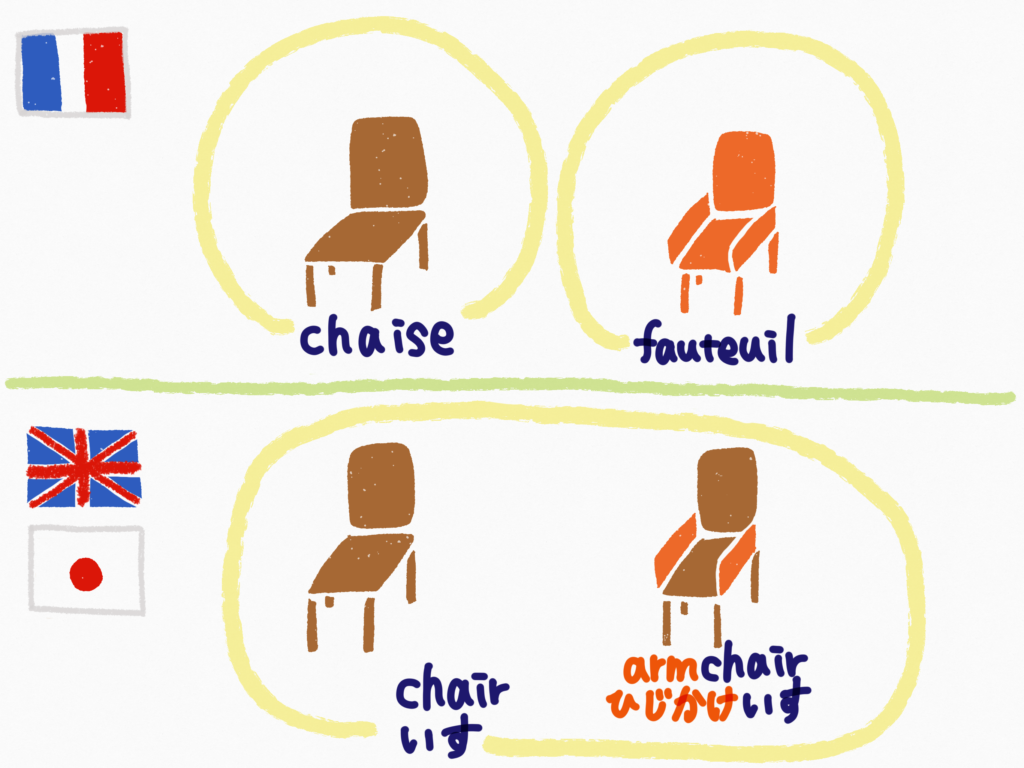 There are words both chair and armchair in English. But armchair is regarded as one type of chair which has arms.

Meanwhile, armchair in French is “fauteuil” which is totally different word from chair, “chaise”. it happens not only in French, but also in many languages. 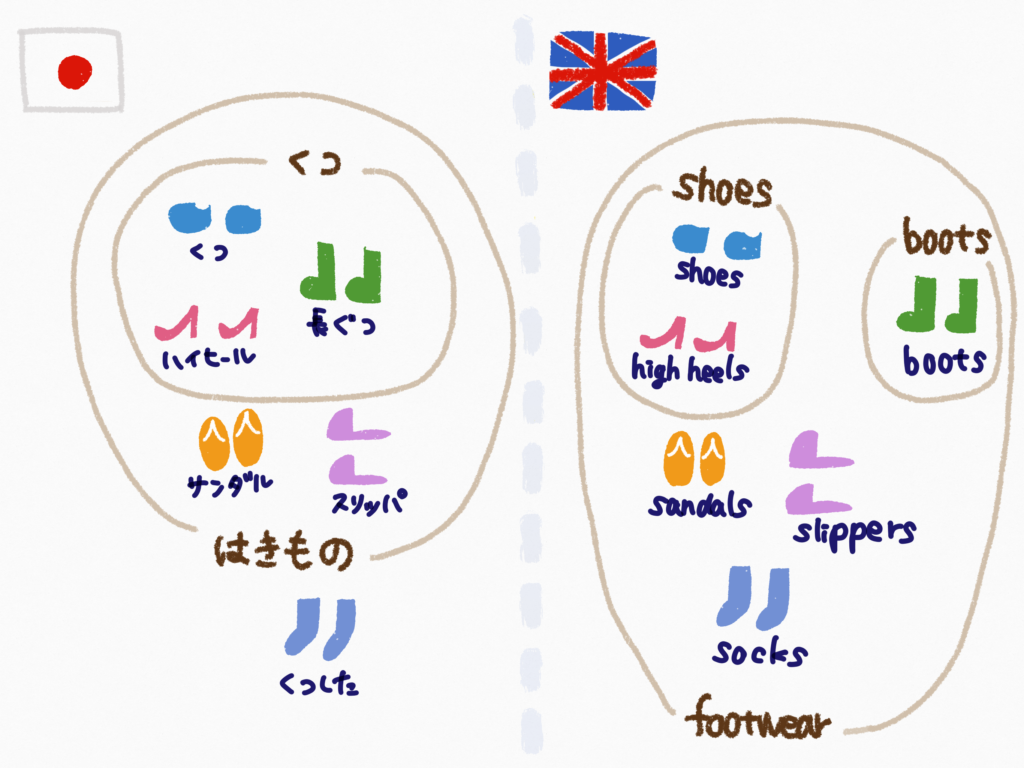 Boot in English is a type of covering for the foot which also covers the ankle and sometimes also part of legs. It’s distinguished from shoe.

However, boot in Japanese is translated as 長靴(nagagutsu), which means “long shoe” and boot is regarded as one type of shoe in Japanese.

Normally, we don’t notice this fact even if you speak foreign language fluently. Native speaker also don’t care how they classify the words.

We tend to think that we understand meaning of foreign language in the context, but keep in mind that sometimes difference of the word perception can cause misunderstanding!

Read: The Sun is Drawn in Red in Japan – Apples are Drawn in Green in France

Let’s learn a new language today! Join us at  LingoCards!