Lesson 4. The Complete Guide of Pronouns in Japanese 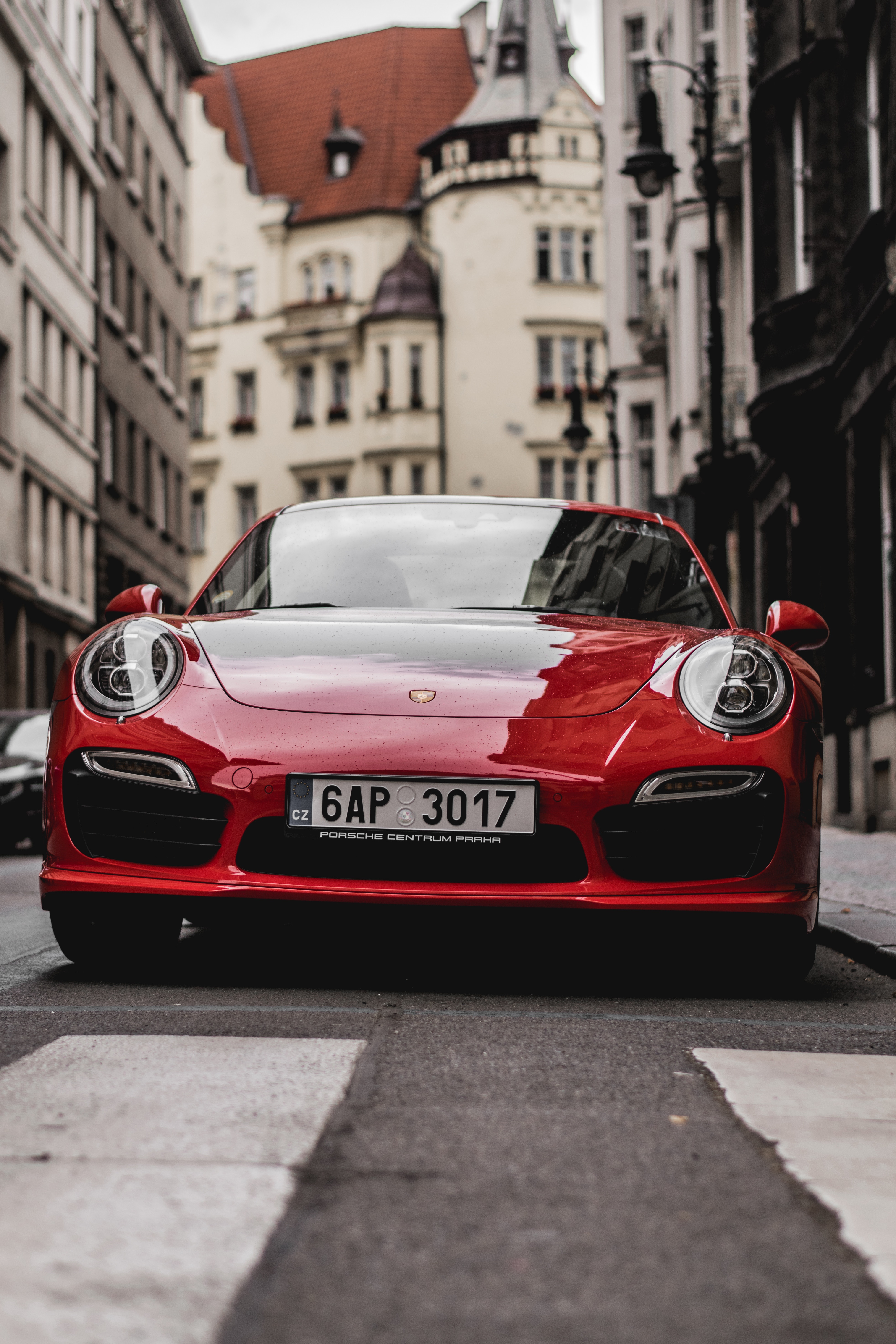 Just as in Spanish and Italian, pronouns in Japanese are generally omitted in the conversation if the meaning of the sentence is clear without them. For example, the verb あげる (ageru) implies that ‘somebody close to me’ or ‘I’ give something to someone. In this case, pronouns are not required in the sentence. On the other hand, the word for ‘you’ in Japanese あなた (anata), is rarely used to refer to the second person. It can be considered rude and inappropriate.

Instead of using pronouns – I, you, he, she, we, they – for addressing people in Japanese, try to refer people using their name and followed by the honorifics titles. The commonly used name suffixes including:

-先生 (-sensei) → teachers, lawyers, doctors or someone who has achieved mastery in some skills.

*Note: There is a word, 後輩 (kōhai) to describe juniors in academics or learning environment. However, it’s not used for addressing people.

In the circumstances when you are not sure which one to choose, use the person’s last name along with -さん (-san). It is the most common honorific title that similar to ‘Mr, Ms, Mrs’. Contrarily, use -ちゃん (-chan) and -君 (-kun) titles only for addressing people that you are close with or kids.

When it is necessary to state the pronouns, either in a written context or for emphasis, use the following pronouns. 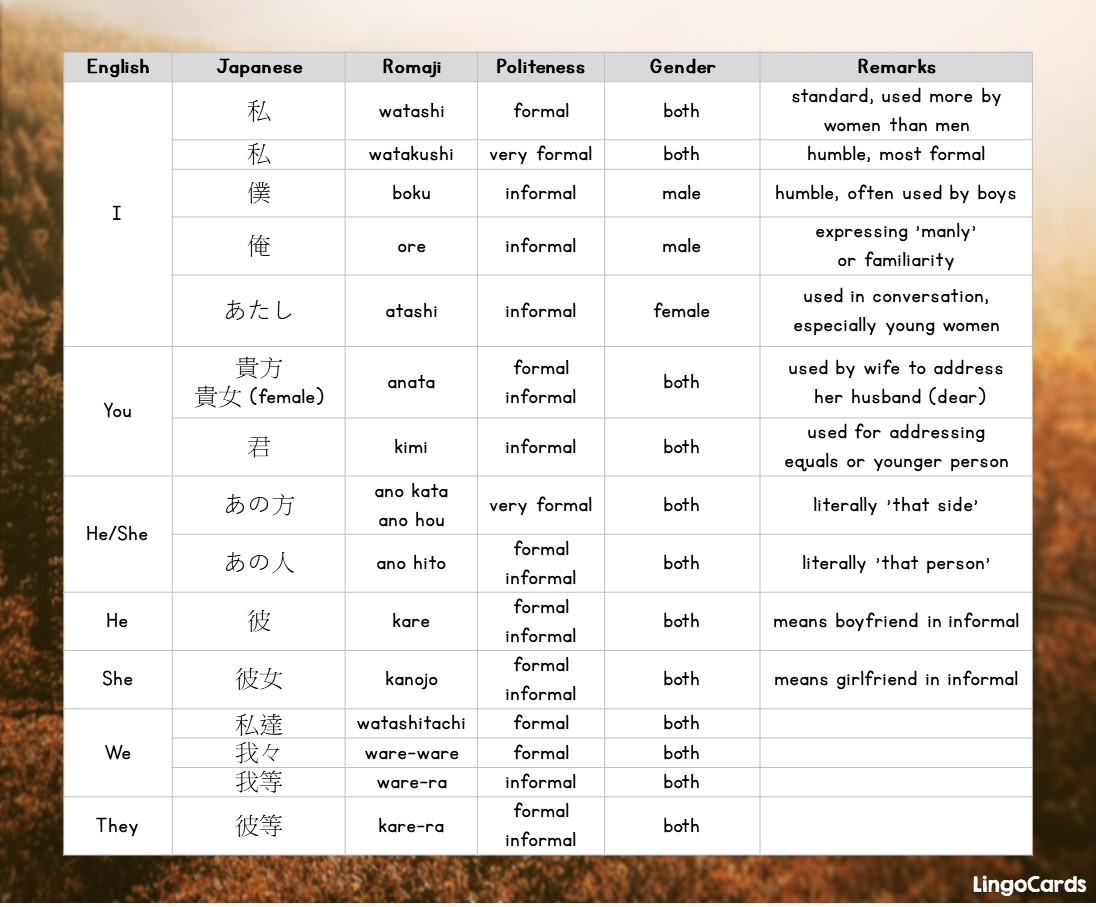 Note that there is no translation of ‘it’ in Japanese – similar to spoken Brazilian Portuguese.

I looked for him.

He looked for me.

There are no direct translations for ‘my, your, his, her, our, their’ in Japanese. Possessive pronouns are formed simply by placing the particle の (no) after the pronouns.

My name is Sarah.

It is his car.